Predictions for 2017: What the new year might mean for the Medway Property Market

It has been an interesting year with an awful lot changing politically with Brexit and new legislation affecting landlords. Despite predictions of doom and gloom surrounding Britain leaving the EU, figures have shown that overall there has been a continued growth in property market prices and Medway remains strong in rental prices as well.

Most property experts predict that house prices will continue to rise next year – but at a modest rate. Knight Frank predicts that by 2021 the south east will see a 17% growth in prices, which is above the predicted national average of 14.2%. Next year will reportedly bring a modest increase of 1%.

But things may calm when the full impact of interest rates are known and whether they may start going up. The decision on whether we have a ‘soft’ or ‘hard’ Brexit will also impact those predicted increases.

The rise in house prices will also mean that first-time buyers will have a bigger problem than ever before, as currently the average cost for people purchasing their first home in England is already around £204,000.

In 2008, interest rates were at five per cent, but in the last five years the Bank of England’s base rate has been stuck at a minuscule 0.5 per cent, leading to a boom in prices after the slump of 2007. Other factors that will likely contribute to high prices are the rapid population growth increasing demand and reducing housing supply further.

However, the government announced in the Autumn Statement that it will be investing more in new homes and the Help to Buy scheme, which may dampen some of this growth further. 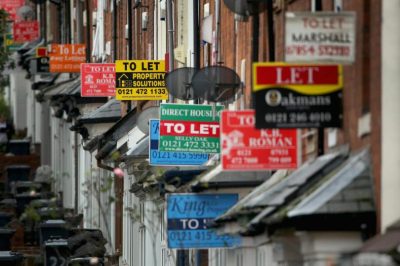 With house prices remaining high and a lack of affordable homes, many people will stay put and rent properties to see what happens with the market. This is good news for the lettings market and rent prices will surely continue to go up.

However, changes to Section 24 of the Finance Act – introduced by George Osborne in his Finance Bill last summer – means private landlords will lose mortgage interest relief and only receive a basic rate allowance. It applies to existing and future buy-to-lets but not to foreign landlords (since they are not taxed under the British system). This will make it harder for new landlords and existing landlords to grow their portfolios. There are ways around this and please do get in touch if you want a helping hand.

This inevitably has the outcome of increasing rents, as supply starts to constrict. Changes in the Housing and Planning Act will also be impacted – as will the cost of property in London – which will mean investors will look outside to other more affordable areas, such as Medway.

Landlords may well diversify into other strategies that are not affected by Section 24, such as holiday lets, property trading, development, and semi-commercial and buy-to-let properties in university towns where student lets offer good yields and where values have been slow to recover.

The ban on agent fees will also impact on rental prices, but with all these changes landlords will need to become more professional. 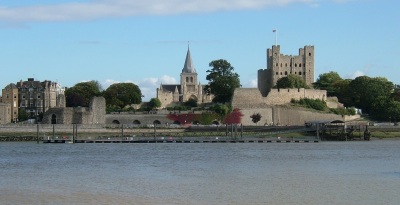 However, despite all this, Medway has been bucking the trend over the last few years and I see that continuing. There are still great deals to be had with solid yields.

We are well connected to the capital and more people will look to move out as it is better value. The regeneration of Medway will also continue improving the area further following the announcement from the council on its 20-year master plan to build 30,000 new houses.

This will be supported by new infrastructure, jobs, shopping and community facilities. The population is on course to grow and more people will be attracted to the area. This is good news for us as there are never enough new homes to keep pace.

So these are my predictions for next year. I hope you all had a great Christmas and I look forward to working with you in the New Year.

Feel free to follow me on LinkedIn, and don’t forget to subscribe to the Medway Property News Blog.