Released on February 7th, it sets out a broad range of reforms that the government plans to introduce to help change the housing market and increase the supply of new homes. It covers England only because planning powers in Wales, Northern Ireland and Scotland are devolved to their governments and executives.

The paper has been published after much delay and it has received criticism in the media. Housing commentator Henry Pryor tweeted an interesting chart that showed how government house building had dried up.

Even the government has admitted that England’s housing market is broken, with home ownership being a “distant dream” for young families.

According to the Communities Secretary, Sajid Javid, average house prices have jumped to 7.5 times above the average income and the cost of rent, in many places, swallows up more than half of take-home pay.

He placed the blame on low rates of house building, stating that the number of home completions in England has been lower than anywhere else in Europe, relative to the population, for the last three decades.

In my opinion, this can’t just be blamed on house builders. The government has a major part to play here, as do local councils. 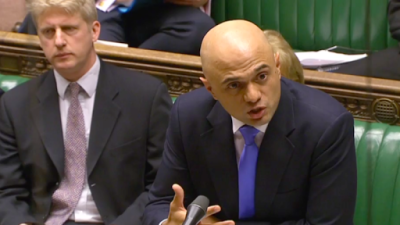 Javid also stated that between 225,000 to 275,000 new homes need to be delivered per year, compared to the 190,000 that were built in 2016. The white paper warns that England’s urban areas may have to increase, and home sizes may shrink.

From now on, every local council will be forced to publish projections for local house building. Meanwhile, developers will have to ‘use or lose’ planning permission once granted, older people will be given incentives to move out of under-used large homes, and tenants will be given extra protection. It also forces councils to produce more realistic housing plans for their areas and form promises to release public land for new housing.

The government wants to put more pressure on house builders to build more houses. It will use a £3bn fund to encourage smaller firms back into the market, in an effort to increase competition. However, many housing firms have responded by saying they have been doing their bit.

Redrow Homes chief executive John Tutte for example slammed the announcement saying it was light on detail and he was surprised that it was “more of a consultation document”. He went on to say: “We don’t like the title, ‘Fixing the broken housing market’; it’s a little bit unfair because the industry has increased output by 50pc in last three years.”

The government also says it will slash the maximum time developers can sit on a site with planning permission without building anything, from three years to two, in an attempt to prevent land-banking.

The paper includes additional changes being forecast for the rental market. Previously it was promised that letting agents’ fees would be banned. Now, improvements are being laid down for safeguards in the private rented sector, homelessness prevention and help for families who are currently priced out of the market.

Javid said in his statement: “We will tackle the scourge of unfair leasehold terms, which are too often forced onto hard-pressed homebuyers. And we will be working with the rental sector to promote 3-year tenancy agreements, giving families the security they need to put down roots in their community.”

So will this make an impact? Let’s see as the government keeps tinkering with housing – but the bottom line is that there are not enough homes and many can’t afford them. New legislation for the rental market has simply meant that rents are going up.

Medway though is going through transformation and house prices are still quite reasonable. Only last week came news that Medway has secured £7.2m in funding for regeneration projects. 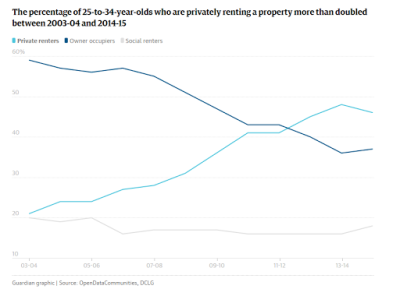 However there remains a supply problem and this means owning and renting properties are still a great investment – especially HMOs. Just take a look at the above chart, via the Guardian, which shows that private renters are going up with owner occupiers going down.

I hope you found this blog useful. If you need any advice or help sourcing property investments then feel free to ping me an email to hasan@home-share.co.uk. Alternatively you can call me on 07944 726676. And please also join the Property Investors in Medway Facebook Group, which is the place for landlords of Medway to swap tips and strategies with each other, as well as sharing networking opportunities.